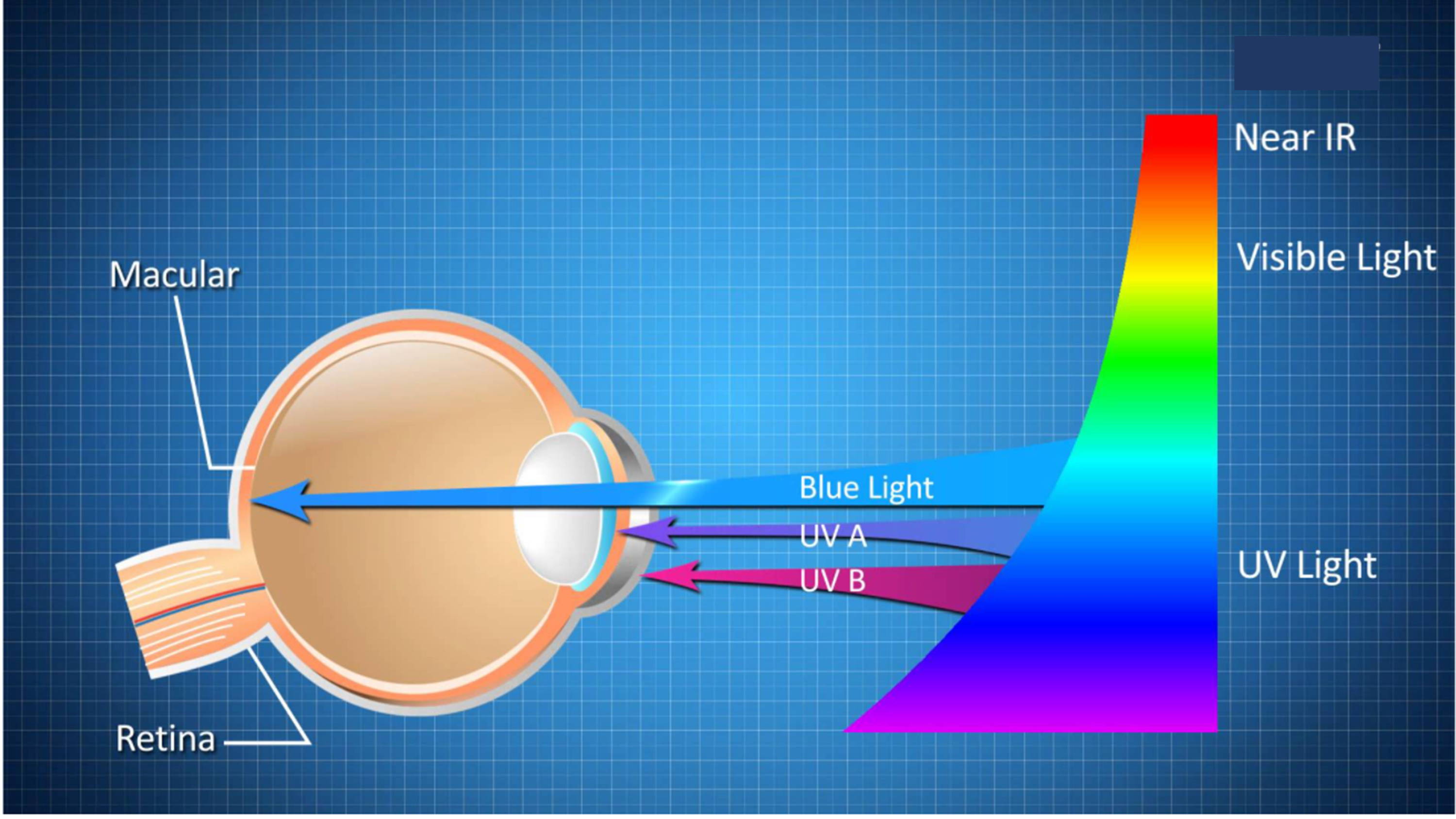 What is Blue Light?

Blue light is part of the visible spectrum. This spectrum is visible to the eye and consists of various wavelengths of differing sizes and energy levels.

Why is blue light harmful

Blue light is not always harmful, in fact it is important that we are exposed to a certain amount of blue light on a daily basis which improves alertness, helps memory and boosts cognitive function and mood.

When we spend time outdoors we generally get enough exposure to blue light to reap these benefits. This is why in the winter time some people suffer from SAD (seasonal affective disorder) as they are not getting enough blue light exposure to gain the positive physiological effects.

Like all things in life, blue light exposure is all about balance and the danger comes from over-exposure to blue light. We tend to become overexposed from using digital screens such as PC’s, laptops, tablets and smartphones.

A recent study showed that, on average we are spending 3.5 hours a day on our smartphones and checking them 55 times a day in total. When you add all the other digital devices such as PC’s, tablets etc that we use on a daily basis it results in a very significant amount of exposure to blue light throughout the day.

Our optometrist Seamus has noticed a huge increase in the number of patients presenting to clinic suffering from digital eye strain particularly in the last 5-6 years. This coincides with a much higher usage of digital devices in the same time frame.

These digital screens emit high energy, high frequency blue light wavelengths which causes a stress on the visual system if we are exposed to 2 hours or more of screen-time a day.

To understand why this is, think of the damage that UV causes to the eye. Overexposure to UV results in the high energy UV wavelengths causing oxidative damage to the cells of the cornea and other eye structures. Blue light also has high energy wavelengths and are the closest wavelengths of the visual spectrum to UV light. Whilst it likely doesn’t cause significant damage to the eye structures like UV does it certainly has enough high energy to cause a stress on the visual system and lead to eyestrain and tired eyes in cases of over-exposure. A 2014 study in Investigative Ophthalmology and Visual Science journal, on blue light (1) concluded that “our results indicate that blue light with short wavelengths (410–480 nm) can induce oxidative damage to the corneal epithelium”

How does blue light affect children?

Children have larger pupils than adults which mean more blue light can enter the eye.

blue light exposure causes a stress on the visual system which can lead to eyestrain and tired eyes so steps should be taken to limit the exposure of children's eyes to blue light. 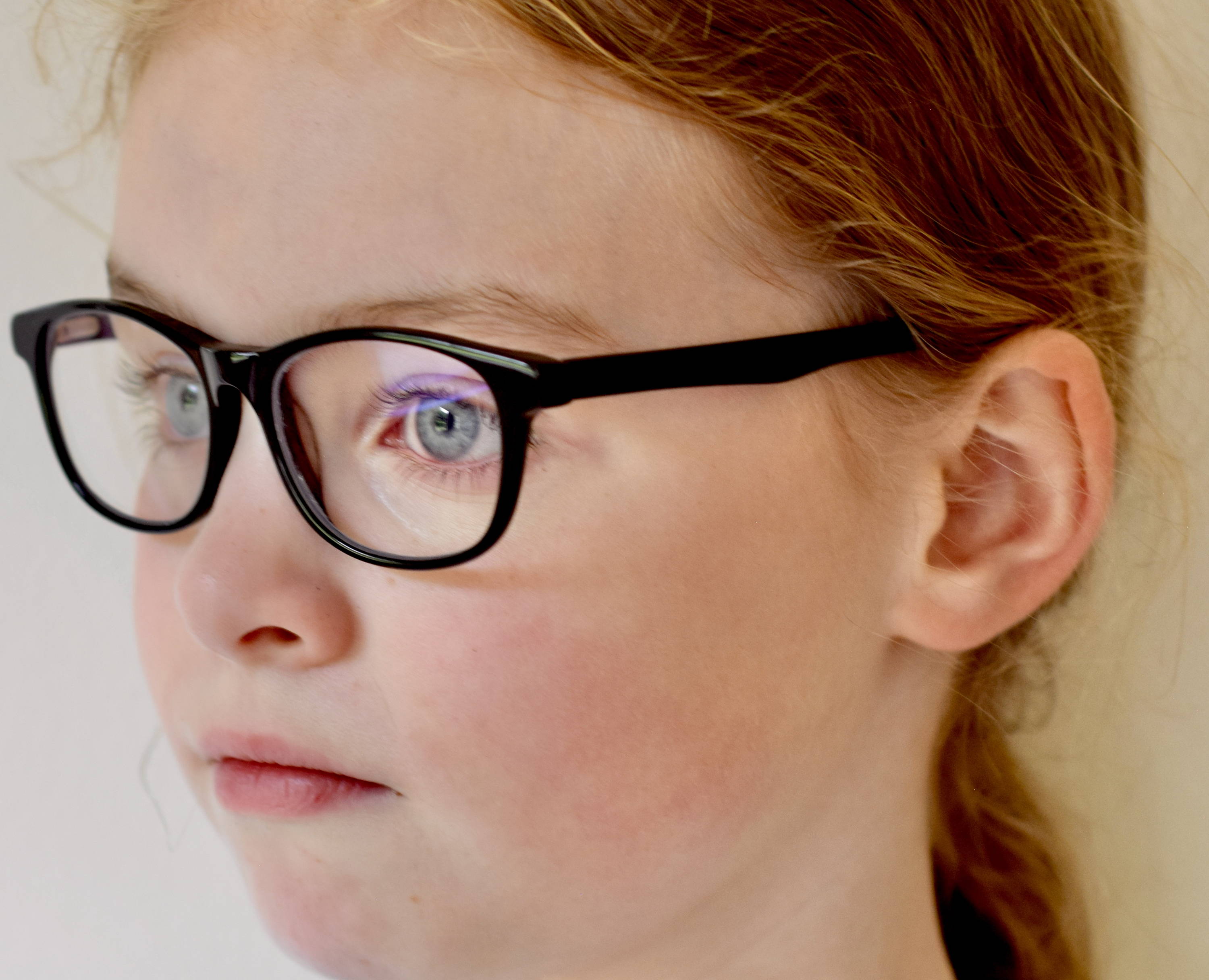 How does blue light affect your sleep? 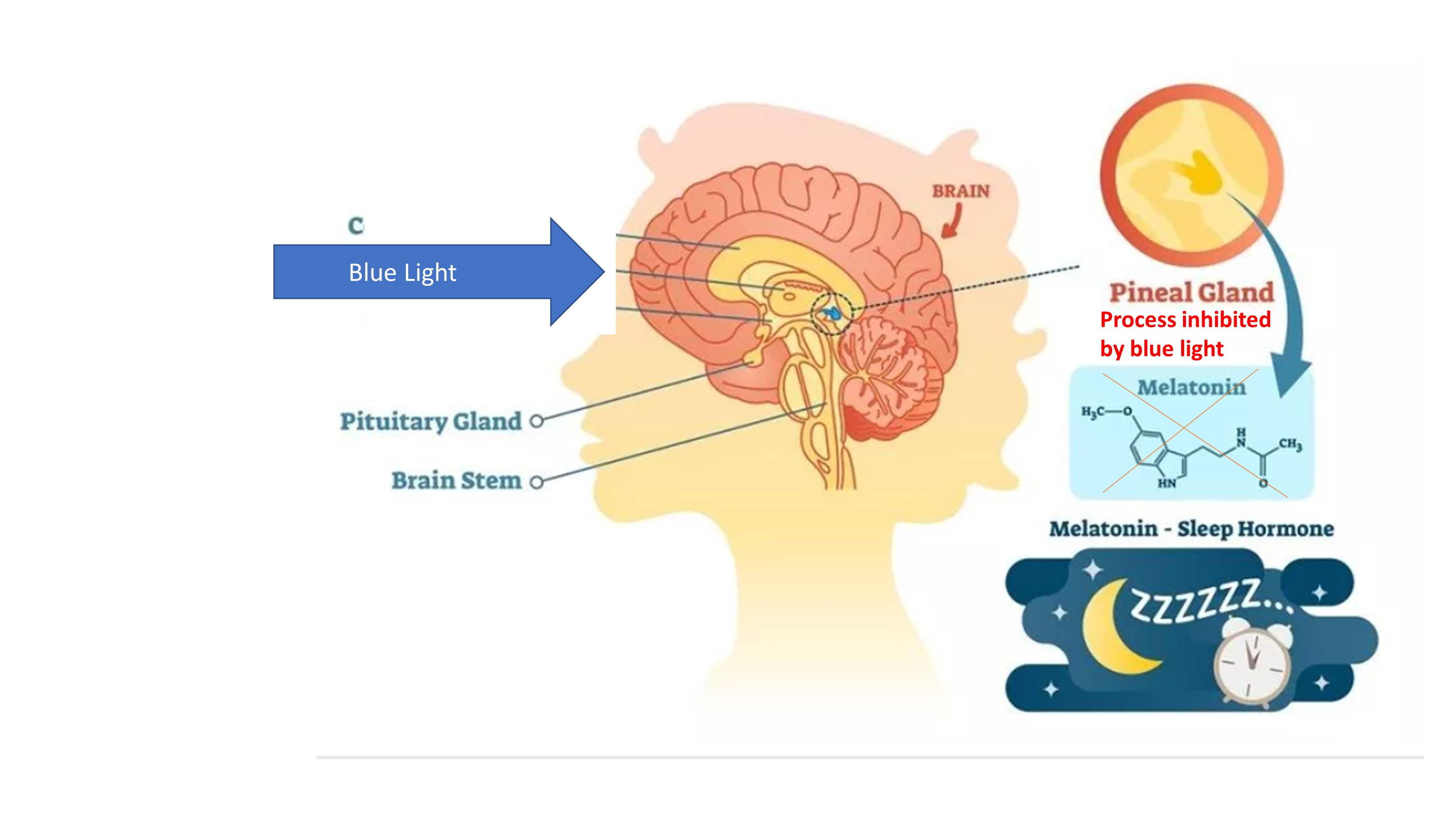 What can we do to protect our eyes from blue light?

If you are using a digital device for 2 hours or more a day it is a good idea to use blue light glasses to filter out the blue light. This prevents eyestrain, tired eyes and headaches and will help regulate the sleep cycle if you are using these devices in the evening or at night.

Blue light glasses work by filtering out blue light, absorbing or reflecting the blue light with multiple filter layers embedded in the lenses.

Limiting the time you spend looking at digital screens can be difficult especially as more and more of us are spending longer hours working and studying on screens but if possible it’s a good idea to limit the time spent as much as possible.

This is also true for kids and we have a blog post here where we give tips on how to keep screen time with kids to a minimum.

In order to prevent blue light disrupting your sleep cycle its best to avoid using screens late in the evening or at night or to wear blue light glasses when doing so.

We have a blog here with tips on this and other ways to ensure you get a good night’s sleep.

What evidence is there to support the use of blue light glasses? 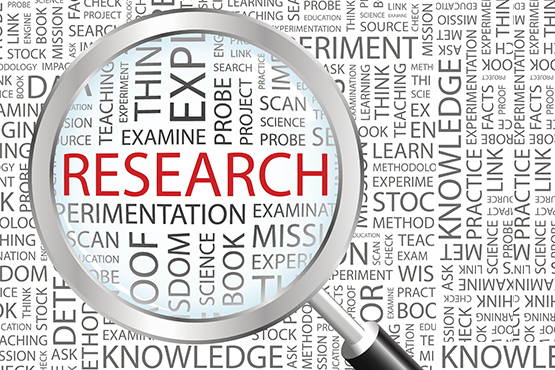 Another 2017 study by Leung et al (3) set out to examine the benefits of blue light glasses. Their study, Blue-Light Filtering Spectacle Lenses: Optical and Clinical Performances showed that blue light blocking glasses lenses reduce phototoxicity by 10.6%–23.6%, without degrading visual performance, and have thus been suggested as an aid for protecting the eyes against the blue light hazard.